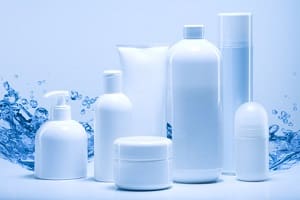 With just a quick internet search, you can find a slew of headlines concerning cosmetics and public safety:

Each headline shines light on the questionable regulation of cosmetics. While calls for reform have been sparked by each of these controversies, legislative change has yet to be implemented. New research adds to calls for better surveillance and monitoring of cosmetic products here in the United States.

A new study1 published in JAMA Internal Medicine made news after analyzing the Center for Food Safety and Nutrition Adverse Event Reporting System (CAERS) of the US Food and Drug Administration (FDA). CAERS is a database of consumer-reported adverse health outcomes related to foods, dietary supplements, and, notably, cosmetics. Multiple types of cosmetics were implicated. Categories reported to have adverse events included baby care, makeup, fragrance, hair preparation, manicuring, oral hygiene, personal cleanliness, shaving, skin care, bath, and sun tan products. Moreover, there were a large number of serious adverse events reported within the dataset. Out of the more than 5,000 adverse events analyzed from 2004 to 2016, 35% were reported to be serious, with baby care, personal cleanliness, hair care, and hair coloring having higher-than-average percentages of serious reports.

What’s concerning is that these results might just be the tip of the iceberg. While CAERS compiles events reported by consumers directly to the FDA, there are likely many more unreported incidents. For example, in 2014, WEN by Chaz Dean Cleansing Conditioners made headlines for being under investigation after the FDA received 127 consumer-filed complaints of hair loss along with a plethora of other symptoms associated with the product. Upon digging deeper, those 127 incidents turned out to vastly underestimate the problem. The FDA learned that over 21,000 complaints had already been filed directly with the manufacturer.2 If that same inconsistency in data reporting holds true for the rest of the database, there could be roughly 65,000 adverse events unreported to the FDA.

The disparity between what is reported and what was discovered highlights the FDA’s limited oversight power over a largely self-regulated 60 billion dollar industry in the United States. While most drugs require FDA approval, cosmetics remain an exception, despite the fact that cosmetics, such as moisturizers, can be used for medical purposes. Cosmetics are still considered “FDA-regulated,” meaning that FDA guidelines provide only basic protection, including prohibition of adulterated (ie, poisonous or unsanitary) and misbranded products. Companies are allowed to do their own internal testing without any specific recommendations from the FDA. FDA recalls require voluntary cooperation by manufacturers. And there is no legal obligation for companies to forward consumer reported complaints to the FDA.

Comparison of the CAERS data on WEN with the number of complaints submitted directly to the manufacturer suggests that there may be other cosmetics causing adverse event with broader consequences than the FDA can see. While these insights are new, the idea of reforming regulation of the cosmetic market is not. California’s Senator Dianne Feinstein has introduced the Personal Care Products Safety Act (PCPSA), which has been sitting in Congress since 2015.

The bill would help grant the FDA additional power, including the authority to recall unsafe cosmetics, mandate manufacturers to report adverse events to the FDA, and perform a yearly safety review of five ingredients – the idea being that increased FDA authority will help keep the consumer informed and safe.

Some might argue against the increased regulation of cosmetics. The additional burden of having to follow more stringent safety standards and increase reporting may slow (or even prevent) the entry of new cosmetics to the market. For a group of products more oriented toward aesthetic enhancement than disease treatment, this additional regulation may seem heavy-handed; cosmetics are generally deemed lower risk than typical drugs.

However, it is important to recognize that the distinction between topical alterations of appearance and actual biologic effects on the human body is often blurred within cosmetics. This is especially true within the nebulously defined “cosmeceutical” subspace, which includes products that claim anti-aging and other medicinal or drug-like benefits. Even though they are not prescribed, the serious and negative health effects reported to the FDA and media demonstrate that cosmetics can have real biological side effects on consumer health, even if the products are aesthetically motivated. Increased safety standards and oversight mean that consumers can choose from safer options rather than learning about adverse side effects only after a significant number of people have been affected. As a result, the stimulus for reform lies largely on the consumer. Consumers can advocate for better surveillance monitoring of the industry by pushing for legislative action. Consumers can also play a bigger role by reporting adverse events directly to the FDA and to their doctors as well as to manufacturers. To learn how to report an adverse event, visit the FDA website.3