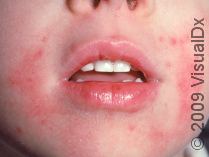 Eczema, or atopic dermatitis (AD), is a common inflammatory skin disease with the hallmark of itchy, red, and “angry” skin. It’s the most common skin disease we see in babies and newborns. Babies with a first-degree relative (eg, mother, father, or sibling) who has a history of AD, asthma, or hay fever are at even higher risk of developing AD.

Anyone who has a child or a close relative with AD knows how tough the condition can be. The itch can keep babies – and everyone else – up at night. Creams and lotions are slathered on multiple times per day. There is an increased risk of potentially serious infections such as eczema herpeticum that may even require a hospitalization.

Moisturizers have long played an important role in the treatment of AD. The American Academy of Dermatology gives moisturizers a Grade A recommendation(1) – they should be a major part of any treatment regimen for AD patients, since they reduce the severity of the disease and decrease the need for prescription drugs.

We know that AD is a complex disease that is driven by many factors. This includes genes that relate to skin barrier function, immune system development, environmental factors, and bacterial colonization. Babies aren’t born with eczema. So if we can intervene before AD even starts, this would reduce suffering worldwide and save billions of dollars in healthcare costs.

With that being said, there are so many moisturizers out there. There is much choice and much confusion. Which one is the best for AD? Unfortunately, we lack well-designed clinical studies that help demonstrate which moisturizer product works the best. It usually comes down to patient and consumer preferences. But, here are some guidelines.

1) Definitely seek out products that are fragrance free and preservative free. AD patients are at higher risk for developing skin allergies. Seeking bland, safe products that have a lower potential of causing skin irritation is a good strategy.

2) Pick a product you’ll actually use. For babies, it’s easier. They can’t complain about how greasy a moisturizer is. They don’t have suits or work clothes to worry about. From a dermatologist’s point of view, thicker ointments such as petroleum jelly (Vaseline) work better than creams, lotions, or gels at keeping water in the skin.

3) Price. Since we don’t have great data demonstrating which moisturizer is the best, cost should be another consideration. In fact, a recent study showed that among the various moisturizers used in the study by Simpson et al, Vaseline was the most affordable option by far (3). A $7 jar of Vaseline could be the solution to the billion-dollar AD healthcare problem (4). Even though there are endless aisles of moisturizers at drugstores, many of these products are expensive. In fact, the single highest medication expense for families with a child who has AD is non-prescription moisturizers (5).

AD is a challenging condition that affects children and their families. Right now, there are many new exciting drugs including biologics being developed to treat the disease in adults. But if we can turn the tide right now with something as safe, cheap, and simple as moisturizers, maybe we shouldn’t wait. 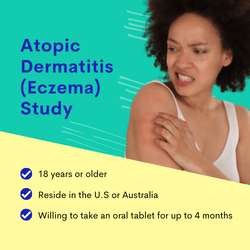